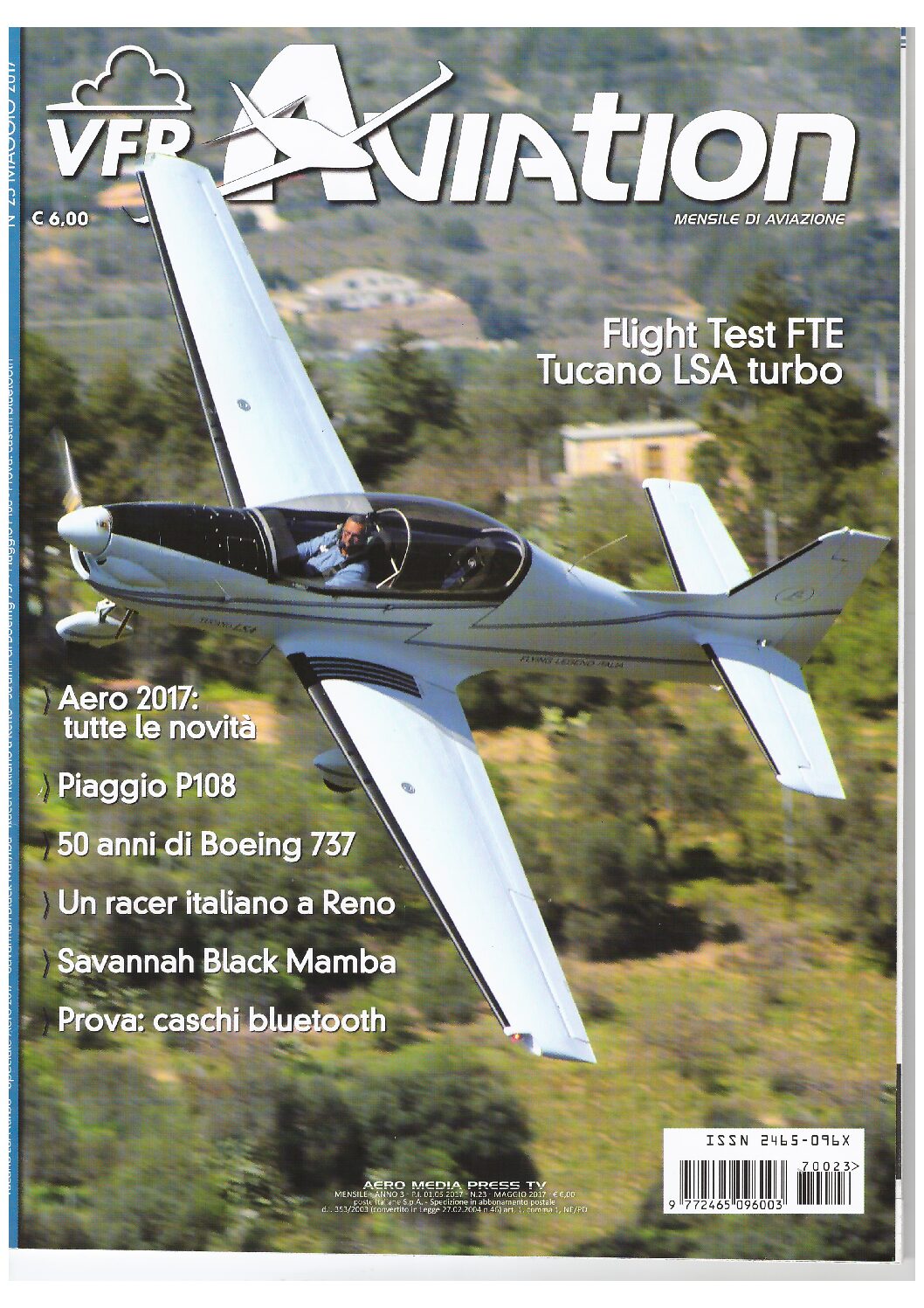 Two months ago, we introduced the revised Tucano Replica range in the two versions, the experimental one with a retractable landing gear  (under FAA certification), and the LSA with fixed undercarriage, and shortly after Flying Legend invited us to Sicily to try a Tucano just completed, leaving soon to Taiwan, with a very interesting engine, the 115 hp Rotax 914, which in addition to being much more rigorous than the 912 ULS, especially for takeoff and climb, ensures a good level of performance at altitude.

We do not go over the description of the aircraft in general that you know well (we’ve tested the RG version in both the 100 hp and the 130 hp combined with a centrifugal compressor), but we go back to some structural aspects that have been completely revised in function of the certifications. We do this after visiting the manufacturer company in Caltagirone’s industrial plant, which is a direct “emanation” of a specialized metallic carpentry company that manufactures high-tech stainless steel industrial products, and also provides the cut sheets later on transferred to Flying Legend for treatments, sub components realization and final assemblage. The whole project over time has been revised in all its components and today the plane is certified at + 6-3 with a contingency factor of 1.5 to 650 kg, although the aircraft we fly in, being in the  Sport category, has a maximum take-off weight of 600 kg.

One of the characteristics of Tucano Replica that has been thrilled is the grim and impressive appearance due to the short retractable undercarriage with wide ground track and the front featuring two fake turbine discharges, more than a “I would but I cannot” true and original aesthetic motif. After seeing some photos of the LSA version (the first not exciting because of the renewed cowling created to accommodate the “Light Lycoming” for the American market), we were curious to see the final aircraft. We were pleasantly surprised, but the pictures describe everything better than any speech. It is true that the discharges are no longer there, but in return there is a beautiful renewed cowling with numerous inspection doors and with a clean and pleasant line. The fixed undercarriage has the same telescopic front leg as the knee-bladed RG, and a single-piece rear bumper that, while not having the same grit as the retractable one, is well integrated into the structure, thanks to the pleasant wheel covers; the carriageway is less trimmed than the  retractable without any problem of ground stability and, indeed, with a much better rolling maneuverability.

The brakes adopted are of Brazilian production, extremely powerful, but probably in the future aircrafts they will pass to Italian products. There is nothing to say about the basic structure which, at the time of the factory visit, we appreciated in the least constructive details, but in the inspection round we notice additional points that are the result of both a constant evolution of the aircraft and the attention to the practical aspects. In particular, the front is a small masterpiece: it has upper door for quick inspections, it can be removed in a “progressive” manner depending on the type of controls: only the upper part can be removed for a complete pre flight check, and if it is not enough even the two side air intakes can also be removed to access the engine heads.

Obviously once bottom is removed the access is total to the radiator, turbine, drainage area, and front undercarriage. But it’s not over, because two further top doors, between the firewall and the windshield base, allow access to the well-constructed electrical system and housed in a large and well-maintained compartment (above the heatsink there is also a small electro-vent). The flight controls are actuated by balancer and balanced rods, only the rudder is driven by cables that are rearwardly connected to a dual fork cam. Numerous inspection doors allow you to track backlinks and squares.

The Tucano Replica is undoubtedly a solid aircraft in design and construction, and this inevitably reflects the weight that in this LSA version is 402 kg in vacuum. The plane has proven to be well with the 100 hp, but to boost its performance a bit more power is what is required.

In this case there are 115 hp of the Rotax turbo, installed in a very clean way and coupled to the three blades  DUC Flash, an adjustable ground propeller with good performance. In particular, the large and long engine compartment allows a rational and clean accessory installation with two liquid and oil coolers equipped with the large elliptical dynamic lower socket and two side air intakes for heads and cylinders. Hot air comes out of the undercarriage compartment, equipped with two flow directional side bandages, and among other things we notice the electric pumps installed on the firewall and housed in a plexiglass compartment which insulate them and can be visual inspected. The  two 50 liter tanks complete the picture, and in the company’s programs there are also optional extra tanks on request.

You can climb on the wing by the front, thanks to two step in rods, and the large canopy folding on the right side provides the best onboard access you can imagine, thanks also to the central steel safety roll bar that acts as a handle. The seats are outlined and comfortable, the belts are good and the side space is more abundant, the feeling of being on a “big plane” is also on board. With regard to the controls we note that the pitch on the bar pitch is relatively limited, especially in the rear race. No problem in flight, but a gear down would make the movements between roll and pitch more harmonic.

The brakes are single-handed with a lever on the right side of the cabin and with a bypass tap for parking, while the gas grip is running smoothly without the overboost ladder (the 100 hp limit is simply marked by a Red reference on the shelf, at the end of the race). The panel is very simple, with an EFIS / EIS Eclipse Flybox at the center that reports all flight and engine data, and only two backup analog tools, an anemometer in nodes, and a tachometer. By inserting the master, the electric pump automatically starts, while the second pump is manually operated; the trim on the pitch are duplicated on the two bars, with a led indicator on the panel, while a Flybox controller handles the flap management. The small upper eyelid in some distribution and with the back and side sun can not cover the panel properly.

Taxiing and take-off. Once the canopy is closed, the large space is immediately noticeable, even a tall pilot has no problems, and the visibility is integral (as well as the sun you take, a long-haul cap is mandatory for long flight). In rolling, the directional control is excellent with an immediate response of the front wheel and the ability to spin in small spaces. With full throttle,  on grass runway, the acceleration is good and comes to full load after less than 200 m of run and 12 seconds total from the brake release, with an initial climb rate of 500 ft / min to 65 KIAS (2.5 m / s at 120 km / h). Unconfiguring, it stabilizes an 800 ft / min rise to 70 KIAS (4m / s to 130km / h), more than good for an airplane of this class with a fixed landing gear.

Flight level. The fixed pitch propeller does not penalize cruising performance and at 75% of the power we travel at 120 KIAS (222 km / h), pretty much the speed limit of the category, speed that takes you to the world without any problems, all with impeccable longitudinal dynamic stability and good trim calibration. Two small side dynamic outlets feed the air vents, visibility is impeccable in every direction.

Maneuverability and control effects. Strongly positive static stability makes the controls comfortable, harmonic the effort, less in the amplitude of the excursion which is, as said, limited on the pitch. The roll response is sporty and ready, with a marginal side effect of reverse yaw. The rudder is extremely authoritative with a firm yaw followed by a moderate induced roll which occurs after about a second from the command. The result of the flying is very nice on the cruise, there are enough small bar movements, forgetting the pedal, and exciting in maneuver (with the additional horses than you can feel). Very well the directional stability and dutch roll test cushioned in 2.5 cycles and in just 2 seconds. The spiral mode is basically neutral, both right and left. In all tests at speeds of 100 kts (182 km / h, but the manouvre speed as per manual speed is of 210 km / h) the propeller has shown little influence on dynamic behavior on the directional side.

Slow flight and stall. In clean configuration we detect at 60 KIAS (110km / h) the optimal speed in slow flight, with responses of well-meaning commands and with good front visibility. The temperatures remain in green. The stall arrives at 40 KIAS (74 km / h) with a slight right flank hint that does not require a driver’s correction. With a flap in the takeoff position, it goes down to 38 KIAS (70 km / h) and with a full flap at 35 KIAS (65 km / h), the ultimate legal stall speed, but with the left wing that is more decisive and requires a foot correction. The 45 ° stall arrives at 48 KIAS (89 km / h) with the wing which goes down correctly, at 60 ° of bank arrives at 52 KIAS (96 km / h) announced by a sensible noticeable aerodynamic warning.

Approaching and landing. In downwind at 70 KIAS (130 km / h), we insert a flap mark, entering the finals at 55 KIAS (101 km / h) with full flap and reducing to 50 KIAS (92 km / h) in short-finish. The roll control remains effective, with a slightly yaw reverse; extremely authoritative the rudder, ready in the answer. Good command authority on the pitch at recall phase, and sensitive to the ground effect if you come up with a wire of speed more than the due.

A pleasant and above all “solid” machine not only in its construction, but also in the sensations it sends in flight. Less complex and lighter than the retractable version, we feel that it can fly with a good balance (and with considerable savings on the final cost) even with the aspirated 100 hp. 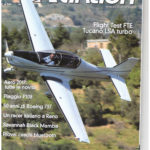 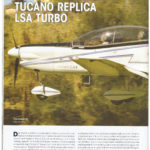 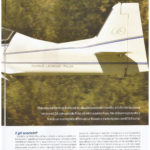 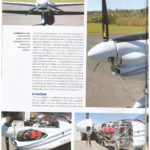 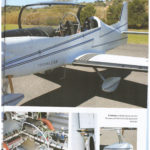 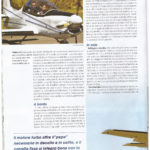 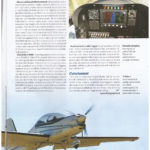 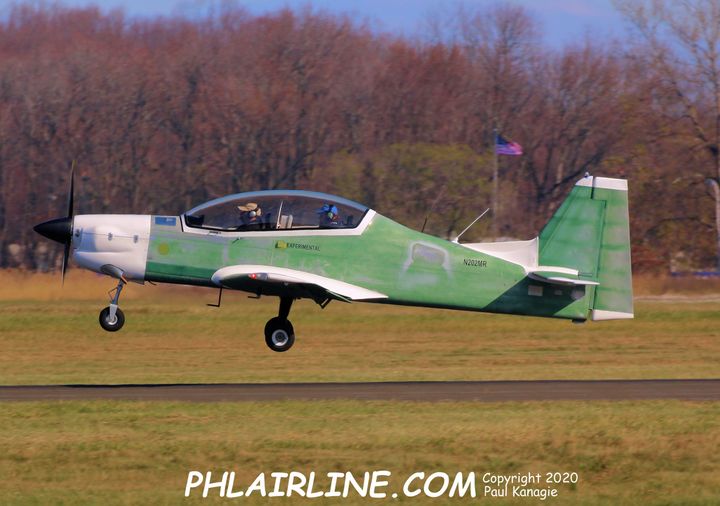 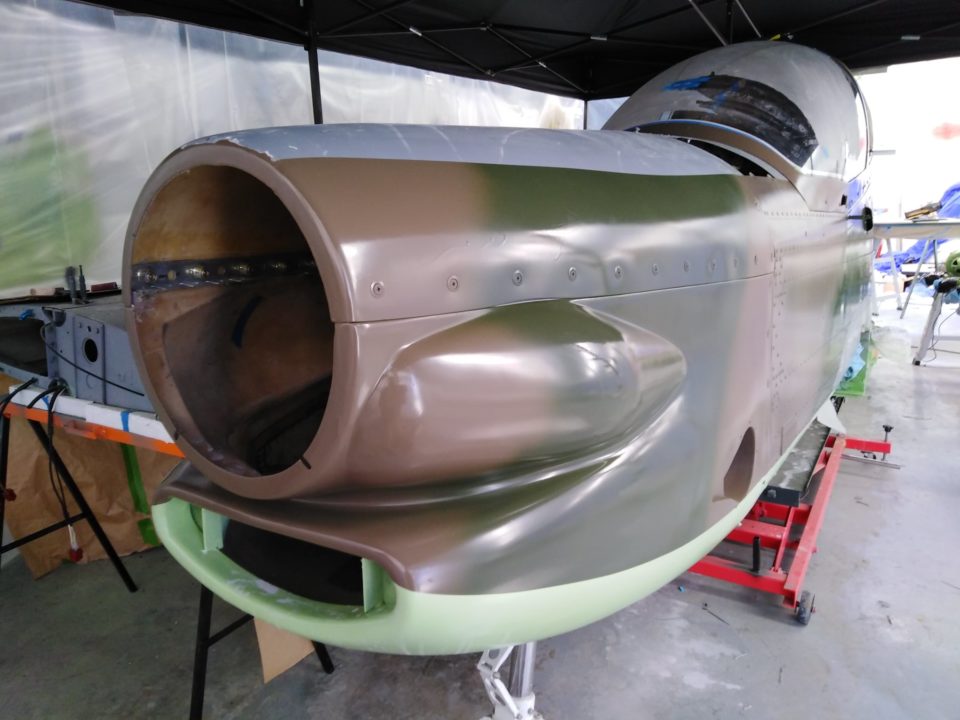 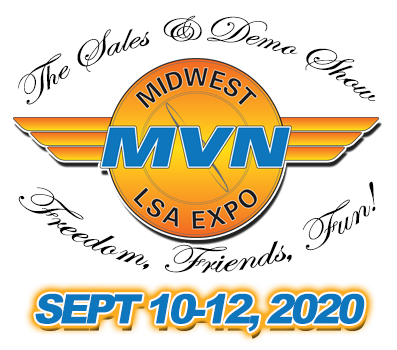